The Urban Development Corporation, under its Urban Spaces Programme, endeavours to build a park in every parish in Jamaica. Urban Spaces supports the Government of Jamaica’s thrust towards increasing green spaces across the country, towards the holistic wellness of its citizens.

With the recent successful completion of Harmony Beach Park in Montego Bay, a 26-acre lot located within Portmore, St. Catherine has presented itself as a suitable location for the immediate continuation of Urban Spaces. The identified property, Lot 26, Portmore Town Centre, is owned by the UDC and is earmarked for development as a community green space and park to accommodate recreational and sporting activities. Given the high population density, air quality and high temperatures that exist in the Portmore community, which are exacerbated by the climate change phenomenon, a green relief space would seek to alleviate some of the effects of those conditions.

Background: Climate Change Park
In 2015, the German city of Hagen signed a Memorandum of Understanding (MOU) with the Portmore Municipal Council (PMC) to fund the development of a Climate Change Park within Portmore which would include the planting of several trees, a running/walking trail, a pond, monuments, wind turbines, an observation tower, areas for small indigenous animals, a public awareness component and other elements. Further to this, initial negotiations were made with the UDC and preliminary site work would later be carried out by the PMC towards the creation of a climate change park. Concurrent with these happenings was an expression of interest from the Ministry of Transport and Mining (MOTM) in using part of Lot 26 as the location for developing a transportation hub. 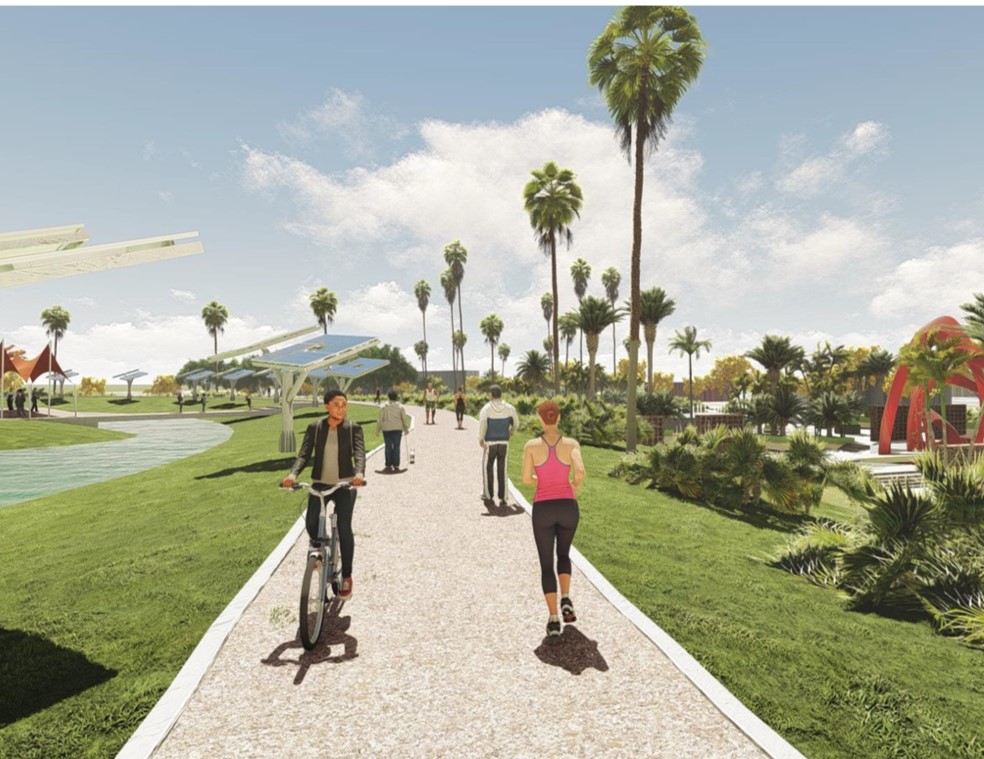